As a brand owner, one of the questions most received in our inbox is  “Do you flow people?”.  For everyone out there, flow is a level of sponsorship under “amature”  No names in an ad, not a mention on the website, but you get a few pieces of product to rep the brand in your local area.  Possibly it could lead to a full spot on a team, but usually is the first thing to get cut when sales drop.

There seems to be an epidemic of kids asking for “flow”, i guess thinking its an easier form of sponsorship, or that brands just give stuff out for free at will to all who ask.  To set the record straight, I’ve decided to interview the self proclaimed “FLOWfessional” James Coleman.  The hardest working flow rider in all of skateboarding.

SMDM:How did the term “FLOWfessional” come about.  You seem to embrace it really well.

James:A few of my homies called me that and i ran with it.”FLOWfessional” is not limited to just skating, its a way of flowing through life, creating your own lane from from your true, authentic self. Not being a biting ass trend follower in somebody else’s lane.

James:Well, life is one long day (don’t forget to take naps).  Most of the time I’m charging up for the next attack mission/session/filming project after making plans with my favorite filmers/friends across the globe.  On my downtime I like to just BE!  Do relaxing stuff like nature walks.  Every 24 hours is different. I could be waking up in any city at a friend’s place, or in a car, you never know!

SMDM:How does one go from Baker flow to Magenta flow? Those two brands seem like they are on opposite ends of the spectrum?

James:Yeah, its like opposite sides of the same coin.  Skateboarding is skateboarding.  My Floridian homie, Jeff Lenoce, helped me get some nice baker boxes for a little bit.  Jimmy Lannon asked me to put my footage on a USB for him to take on a Magenta/Japan trip to show everyone on the team.  Later on Vivien at Magenta sent me a Facebook message asking if i would be down to be flow for Magenta.  I was beyond hyped.  Josh Stewart was a huge help as well and i would like to thank him for that! 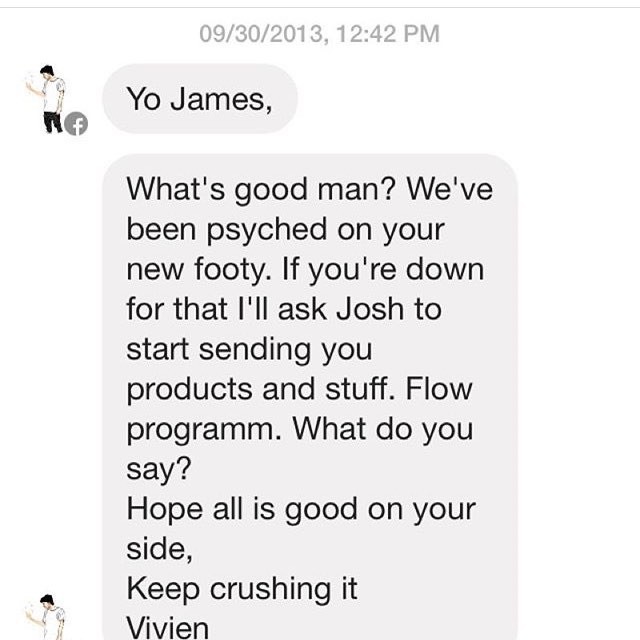 SMDM:How long have you been flow for magenta? Do you feel if you moved to France you would have a shot at being “AMfessional”?

James:Vivian sent me a facebook message in september 2013 about being flow for Magenta.  It definitely pushes me to bring out my best.  I’m gracious for the support they’ve shown me over the years.  I don’t think it matters where i live.

SMDM:Do you consciously huck yourself less now that your getting boards for Magenta as opposed to Baker?  Im assuming your knees feel better but your flatspotting your wheels faster….

James:Hucking is fun to me! I still huck all the time, just now I’m more selective about it.  It has to be at a cool looking/unique spot, not some random dry ass Arizona/southern California double set.  Im hucking more for my upcoming part in Shaqueefa MT3, and my Pacemaker part. Ive never had health insurance and I’m basically my own doctor.  I know so many skater’s who can’t enjoy themselves anymore because they blew themselves out physically and now they are bitter and fat.  Thats life though….

SMDM:How many sponsors do you currently have? Are they all though “sponsor me” tapes or just word of mouth?

James:Most of my support has happened organically, and a few others by me reaching out and communicating with people.  The relationship between sponsor and skater should have a healthy balance to maintain mutual appreciation for each other.

SMDM: Who are you currently riding for?

James: Theories brand clothing, and Theories of Atlantis.  Magenta skateboards. Reality Grip-hand painted grip by my florida skate friend from way back, Eric Staniford, who lives in LA currently.  Broadcast wheels, Harvest roots ferments- a locally produced kombucha company from the southeast.  Westside skateshop, Jon Montesi’s skateshop in Florida. I’ve rode for them since i was a teenager.  Jon still helps me out so much to this day. Thanks Jon!  Shaqueefa O.G.- Tampa squad/shirt company.  (you’ve seen Ishod, Koston, and Grant Taylor wearing them for years) they have a full video dropping soon called MT3! Minuit audio visual-primo global nigh skating vids/clothing from the mind of my good friend and frenchman Yoan Taillandier.  Supra Footwear-flow.

SMDM: It seems like a ton of people turned pro this year, especially for smaller “Core” brands.  Whats your take on that?

James: I think it’s all love and blessings.  Hopefully they earned and value their position and make the most of it. Or not. They can do what they want.

SMDM:I’ve noticed on your instagram you seem to take some digs at some of your peers.  Is this all in good fun, or are you trying to rock the boat?

James: It’s all love man. Life’s about having fun and sometimes you/yourself are the joke!  To anyone I’ve offended, my bad.  Some people take themselves really seriously.  We all need to take a huge step outside of ourselves every now and then and see the big picture.  Like, dude, I’ve been skating my whole life, I’m a 32 year old FLOWfessional, and that is pretty funny! 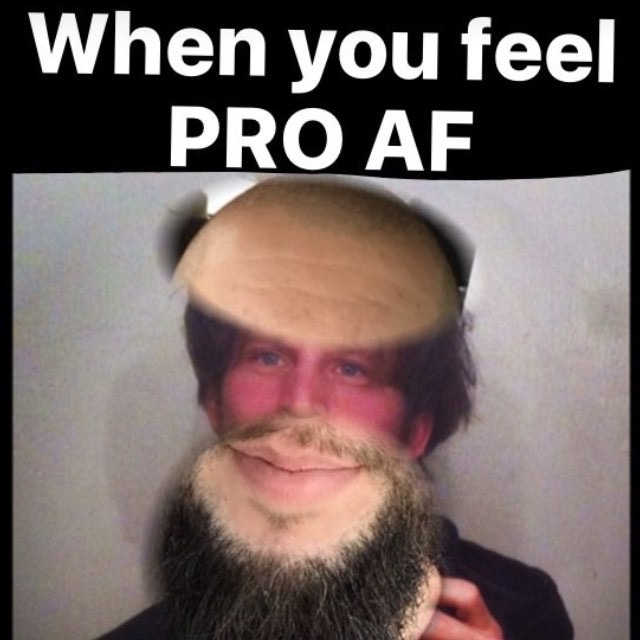 SMDM: So you’re 32 years young. Do you have a plan for life after skating?  The sponsored life can only go on so long…not everyone can be Chico Brenes.

James:I’m 32 but I feel great.  I feel like a teenager, especially when I’m skating.  Plans for “life” are sitting up expectations and walls around you.  Setting yourself up for disaster if they don’t pan out according to your desired plan.  Not knowing the future, or being too controlling/manipulative of it is the fun part.  The element of surprise!

SMDM:Years ago you rode for a brand called “LOT 29“, which if I’m not mistaken was Juelz Santana’s clothing brand.  For any of those unfamiliar with it, they licensed Looney Tunes characters and made huge embroideries on 5xl clothes.  What was it like riding for a big company like that?

James:That was a cool experience! LOT 29 was a part of SOUTH POLE, so all of us on the team, Rob Campbell, Joseph Delgado, Phillip Toye, and myself, rode the train to the SOUTH POLE headquarters in New Jersey.  We were allowed to grab whatever product we could carry out ourselves.  Jackets, shirts, pants…you name it and we could take whatever we could hold.  It was like we won a shopping spree.  We got trash bags and filled them up. I only had 3 bags full, but Delgado had over 12 bags!!  We had to take the subway back to queens.  He was dragging bags through stations and on the train.  It was hilarious, clothes with looney tunes embroideries were falling out all over the place and he couldn’t grab all of it.  We got picked up by Rob Campbell’s dad, or maybe it was his Grandpa.  Anyway, he drove us back to our spot and was telling all these crazy NYC stories from the 70’s.  Shoutout to him and Rob Campbell, and all the LOT 29 crew!

SMDM:How did you end up on the brand to begin with? Seems like a very strange mix of guys. Florida and NYC guys on the same team.

James:The dude in charge of SOUTH POLE was the godfather of a south florida skater i met through MYSPACE.  Later i met him in real life on a trip to Miami to go skate.  His dad was the director of “SHOTTAS“, a movie about a jamaican mobsters, which was pretty big i guess…anyway, the godfather was a real good friend with the director, and he bought us food and we chilled at his dope penthouse in Jersey, which had a crazy view of Manhattan across the river.

SMDM:Did you have to sign a contract to ride for them?

James:Yeah, i skated through all the gear, put holes in all of it and gave some to friends.  I had a ton of LOT 29 pencils and pens, along with some paper notepads with Juelz Santana on the cover, HA!

SMDM: Have you had any offers to leave Magenta flow for full spots on any teams?

James:I’ve had a decent amount of offers, some i can’t really speak on.  John at The Killing Floor reached out to me, which was a huge decision to make, but lets just say I’m still where i started and can’t be more grateful to everyone at Magenta.

SMDM:Any projects you have lined up?

James:Yeah, too many…HA.  Minuit-multiple upcoming webisodes and full video.  SuperVisual, -a threads/tws vid.  Shaqueefa Mixtape 3.Thats gonna be my best part to date for sure. Hot Plate, a video by my Australian friend Marshall Nicholson. Lets see…theres more.  2Spooky- and underground Florida video by Robert Pawlikowski.  I also am making my “Lost Tape” edits, hopefully more will be on the way…

Click on these links below to check the companies that sponsor James.

One thought on “The “FLOWfessional”. An interview with James Coleman.”